COMCASA to help keep a watch over Indian Ocean 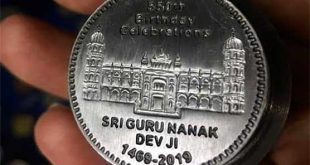 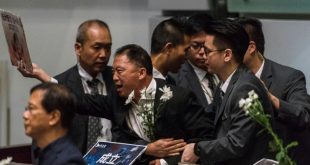 To unleash full potential of various military platforms
The foundational agreement Communications Compatibility and Security Agreement (COMCASA) which India concluded with the U.S. at the 2+2 dialogue will enable Indian military to get a better picture of the Indian Ocean Region (IOR) which is seeing increasing Chinese movements, officials said.
“With CISMOA [COMCASA is an India-specific version of CISMOA], Indian armed forces will get to fully exploit the capability of the military platforms procured from the US. For instance, the P-8I reconnaissance aircraft of the Navy which have emerged as a major force multiplier are currently operating at limited capacity,” a defence official said. As a consequence of CISMOA, India will get access to Combined Enterprise Regional Information Exchange System or CENTRIXS for short which is the secure communication system network of the US.
Navy ships with CENTRIXS systems on board can communicate securely with the U.S. Navy when needed and can benefit from the wider situational picture of the region as they have a large number of ships and aircraft deployed. “This will reduce the stress on our assets and allow us prioritise our deployments more efficiently,” one officer said. Even within the system there are also specific codes/keys which have to be verified by both sides to enable communication or access information, the officer said.
According to information on the U.S. Navy website, “CENTRIXS consists of a collection of coalition wide area networks (WAN) known as enclaves” and is a “great enabler, allowing ship-to-ship operational dialogue between the two nations in text and web-based formats.” However, there are persistent concerns that this would allow U.S. Navy access to India’s own secure communication network and also that the information shared with the U.S. will be accessible by Pakistan.
Source : https://www.thehindu.com/todays-paper/tp-national/india-can-track-chinas-ocean-moves-better/article24897825.ece 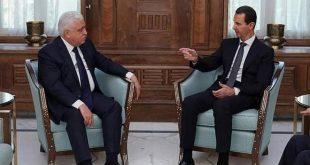 Damascus on Thursday said Syrians are unified against a cross-border Turkish assault, in its first …