‘He shared Nehru’s vision of India’ 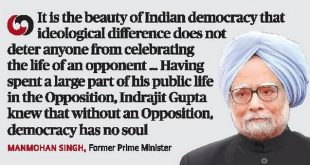 One party has access to 90% of poll funds: Manmohan 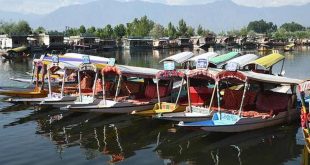 Paradise in peril: Western tourists give a wide berth to Kashmir after Pulwama 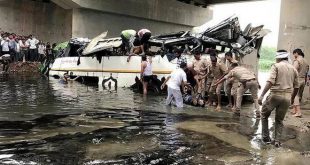 Former Prime Minister Atal Bihari Vajpayee stood among the tallest leaders of modern India, his successor as Prime Minister, Dr. Manmohan Singh, said in an interview. Dr. Singh said both he and Mr. Vajpayee carried forward each other’s policies on economic liberalisation and ties with the U.S. and Pakistan. Excerpts:

What does the passing of former Prime Minister Atal Bihari Vajpayee mean for the nation?

Vajpayeeji was truly a great Indian and a great Prime Minister, and his idea of India, I found in many ways was close to Nehru’s vision of India, and that’s the legacy I feel should be preserved. Political differences will be there, but Nehru’s vision of India, both in domestic policies and international affairs, were something Vajpayeeji also subscribed to.
But Mr. Vajpayee differed with Mr. Nehru and Nehruvian ideals on many counts, primarily on domestic politics. What do you think was the similar chord?

I think in politics people should not be judged by what they say, but what they do, and in terms of actions, the approaches of these two great men were not very different.

What were your own relations with him?

I had developed good relations with Mr. Vajpayee when I was Finance Minister. I used to consult him and I believe both he and Advaniji were in sympathy with the liberalisation policies that I was advocating. And on important occasions, like when I presented the budget for 1992, and fertilizer prices were a big issue, he rescued me in Parliament. Once, when I had a very rough time in Parliament, he called me, and said, ‘Dr. Singh, one ought to have a thick skin. Even if we don’t support you, you must stay strong on your path,’ he said.

Is that kind of bonhomie now also a thing of the past?

Well, he was truly committed to a consensus approach to politics. That legacy is now in danger, and the challenge before the country is how not to do what will hurt the legacies of Jawaharlal Nehru and A.B. Vajpayee. 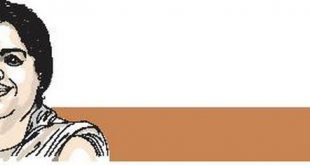