Assamese Bhaona to make an English debut in Abu Dhabi

New dynamical model failed to forecast August-September deluge
While India this year may have recorded its highest monsoon rain in 25 years, an analysis suggests that new monsoon models, called the Monsoon Mission Coupled Forecast Model (CFS), deployed by the IMD over the last decade don’t do better than the older ones in long-range forecasting. This year, India ended up with 10% more monsoon rain (or 110% of the long period average LPA of 887 mm) than usual. However, none of the agency’s models tuned to capture long term forecast trends warned of this. The IMD’s (India Meteorological Department) workhorse statistical models said in its last update on August 1 that All India Monsoon Rainfall (June-September) would be 96% of the LPA. The CFS model in April said the monsoon would be 94% of the normal and updated to 99% in August. A perusal by The Hindu of the forecast abilities of the CFS model, used since 2012, show that only twice — in 2013 and 2015 — did the CFS model get the monsoon right. It predicted 104% and 86% of the LPA and India ended up with 106% and 86% respectively. Like the CFS, the older statistical model also got 2015 right — when India saw one of its severest droughts. It also got 2017 right. The statistical model said the country would get 98% and India ended up with 95%. The CFS said 100%.
Highest since 1983
On August 1, the IMD said August and September rains would be “100% of what’s normal” for the two months with an error window of ±8%. The country ended up with 130%, the highest since 1983. IMD scientists admitted that the models were incapable of factoring in changes in the Indian Ocean a month or two in advance. “Anomalies in the Indian Ocean develop rapidly, unlike El Nino which can be anticipated well in advance,” said D.S. Pai, who heads the IMD’s climate forecasting division. “The excess rain in September was attributable to the low pressure systems that suddenly developed. This can’t be anticipated beyond a few days.” 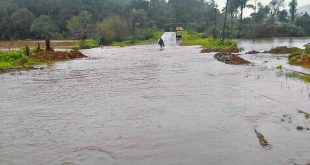 A prolonged south west monsoon, the onset of the north east monsoon, and cyclone Kyarr …