Scientists have shown that the geometry of space-time can cause neutrinos to oscillate.

Professor Amitabha Lahiri of S N Bose National Centre for Basic Sciences (SNBNCBS) an autonomous institute under the Department of Science & Technology (DST), Government of India showed in a paper published along with Subhasish Chakrabarty, his student, that the geometry of space-time can cause neutrino oscillations through quantum effects even if neutrinos are massless. It was published in the journal ‘European Physical Journal C’.

According to the SNBNCBS team, 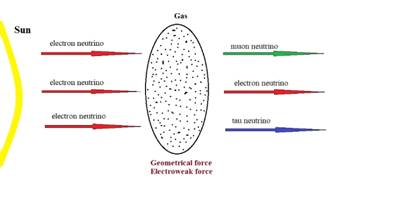