All creatures great and small

Millionaire for a day

The December polls are an opportunity for Labour to clarify its views on Brexit As Prime Minister Boris Johnson’s European Union (EU) withdrawal agreement hangs in the balance, the general election he has called for December 12 is, self-evidently, to obtain a mandate to deliver Brexit. Indeed, the Tory government’s objectives are hardly ambiguous this time, unlike in the 2017 snap poll, which was mainly to shore up Theresa May’s position as a democratically elected leader in her own right. In June 2017, the contours of the complex nature of unwinding the country’s partnership with Europe were not quite as apparent. But the prolonged impasse during the several months since has underlined and, in turn, amplified the sheer inability of Britain’s two main political parties to articulate a clear stance on the U.K.’s European membership. In the event, the task of infusing substance into the June 2016 vote has led hard-line eurosceptics to purge moderate MPs, sympathetic to a softer exit, and wrest control of the Tories. The rightward shift has enabled the current leadership to position the Conservatives as the predominant force for Brexit, as opposed to Nigel Farage’s Brexit Party. Mr. Johnson has thus emerged as the most decisive U.K. Prime Minister who can take the country out of the EU and will seek a vote for his exit agreement. Conversely, the Liberal Democrats and the Scottish National Party are avowed champions of remaining in the EU. But matters are less straightforward with the Labour Party, which continues to prevaricate on the European question and would only go as far as to promise a second referendum. Paradoxically though, the party’s leftist agenda under Jeremy Corbyn appears more closely aligned to the EU’s own priorities than that of new Labour under Tony Blair. Mr. Corbyn’s main grounds of opposition to Mr. Johnson’s deal are the uncertainty around safeguards on labour rights and environmental protection. Similar are his apprehensions about the risks to Britain’s National Health Service under trade negotiations with the U.S. in a post-EU scenario. While Mr. Corbyn has said that these issues would dominate Labour’s campaign, it is less certain that those concerns will force the party to abandon its reservations on staying in the EU. But having backed Mr. Johnson’s bid for an election that is explicitly designed to elicit the people’s verdict, Labour is obliged to spell out to voters its stand on Europe. Labour would moreover have to try and influence its constituency in potentially leave-supporting regions based on mounting evidence that Britons will be rendered poorer outside of the bloc. An end to the excruciating uncertainty of the last three years is the most urgent concern for U.K. and EU citizens and businesses. That is not an unreasonable expectation.

Previous Relief for Pehlu’s sons
Next Millionaire for a day 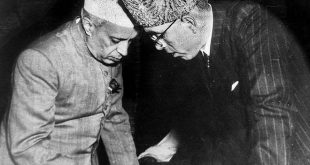 Cleaning up the Kashmir mess