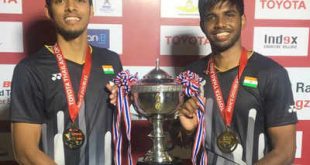 Satwik and Chirag breach the wall of China 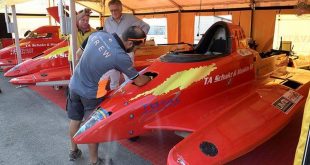 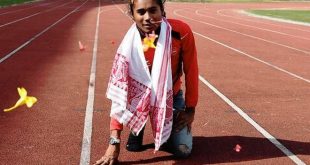 Saurabh Chaudhary picked up a gun only three years ago Even his coaches, Amit Sheoran and Jaspal Rana, must have been zapped by the nonchalance with which 16-year-old Saurabh Chaudhary shot his way to gold in the 10-metre air pistol event at the Jakarta-Palembang Asian Games on Tuesday.For one, this was his first outing at the Asian Games, an arena where only four Indian shooters had won a gold before. Second, he had picked up shooting just three years ago, in 2015, and had thought of it only as a hobby – a far cry from the obsessive intensity that marks the professionals competing for sporting glory.And finally, though this was ‘only’ the Asian Games, Chaudhary was up against arguably the most successful shooter of all time, the three-time Olympic champion Jin Jong-oh of South Korea, and the 2010 World champion, Tomoyuki Matsuda of Japan (who eventually had to settle for silver). The U.P. boy not only shrugged off the challenge from his illustrious competitors, he also set a new Asian Games record, bringing India its first shooting gold at the 2018 Asian Games.
Source : https://www.thehindu.com/todays-paper/this-farmer-harvests-gold/article24748526.ece

Previous Dialogue with India a ‘must’ to resolve conflicts: Imran
Next Centre rules out total ban on firecrackers